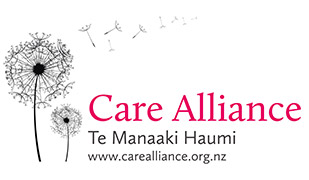 A coalition, assembled to oppose the legalisation of euthanasia and assisted-suicide in New Zealand, has been formally launched today at a function at Parliament.

The Care Alliance is an umbrella organisation that brings together a wide range of voices from across the palliative, medical, youth, elderly, disability, bioethics and faith sectors who are opposed to euthanasia.

The Alliance was established in 2012 in opposition to the poorly written, confusing and flawed End of Life Choice Bill proposed by a Labour List MP which has since been withdrawn following political pressure.

“Although the latest Bill has been withdrawn for political reasons, there remains an active intent to re-submit it to the Ballot at the earliest possible convenience. We will continue to oppose any progress to legalise euthanasia because a law change will inevitably have unintended consequences for all vulnerable New Zealanders and their families, it puts lives at risk and reduces choice,” said Ms Barry.

"Our key concern is the long-term consequences for public safety. This is not an issue for just a few. Regardless of personal beliefs, all New Zealanders would be affected by the public safety consequences of legalising euthanasia and assisted suicide," said Dr Sinéad Donnelly, a palliative care physician.

"Legalising euthanasia goes against the core values of the medical profession and will radically change the doctor-patient relationship, ultimately undermining good clinical and palliative care. It will devalue the lives of the elderly and people living with disabilities, and increase the risk of abuse among the most vulnerable New Zealanders,” said Dr Donnelly.

"No legislation can protect against abuse. The best safeguard against abuse is prohibition,” said bioethicist Dr John Kleinsman.

"Over the coming months, we will continue to have conversations with New Zealanders about their concerns around euthanasia and assisted suicide."

The Care Alliance supports increased investment in excellent end of life care for those who are dying and for support of their families. We will work to oppose any law changes that hurt, rather than protect, those New Zealanders who are our most vulnerable”.

About the Care Alliance

The Care Alliance Trust is a broad coalition assembled to promote quality end of life care in New Zealand and to oppose the introduction of euthanasia and assisted suicide.

Formally established in 2012, the Alliance is an umbrella organisation that is focused on bringing together the wide range of voices across New Zealand which oppose euthanasia and assisted-suicide. Individuals and organisations involved reach across the palliative, medical, disability, elder care, youth, bioethics, and faith sectors.