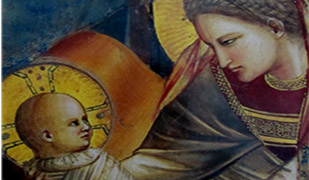 These days any single mother who decides to keep her baby is a heroine … even a saint. Ironically, for those who identify as Catholic, greater courage may be required …” writes John Kleinsman, director of The Nathaniel Centre

Catholic bioethicist Bernadette Tobin writes: “In order to understand the teachings of the Catholic Church in relation to questions about the beginning of life, we need to identify and appreciate the one idea that informs all of these teachings. This is the idea that the life of every human being is, in and of itself, valuable or sacred.”[1]

For Catholics, the unconditional respect due to human life begins when an ovum is fertilised. Embryos become children not by some addition to what they are, but simply by developing further as the kind of beings they already are. No matter how undeveloped or damaged the potentialities of a human being may be, that life is sacred. This view runs counter to that of many people for whom the embryo is nothing more than a ‘clump of cells’. ‘How can we possibly accord the same moral status to a group of cells as to a person?’ it is asked.

The claim that a four or eight-celled embryo is a human being clearly takes us beyond empirical observation. As Gerry Gleeson and Tobin explain: “The common understanding of person in our culture has been shaped by modern philosophy’s emphasis on self-consciousness as the mark of personhood. A much older understanding of person, however, located personhood in the dignity of a being’s rational nature, irrespective of whether that being is conscious at a particular phase in his or her life. On this traditional view there is nothing problematic about saying that an unborn child is a person, for they are truly our fellow human beings, sharing our rational human nature … the key to understanding what a human embryo is lies in the connection between a human embryo and an adult member of the human species.”[2] Therefore, to judge something solely at the ‘material’ level (it is only a clump of cells) is to ignore an important truth.

It is this view that underpins the Catholic position regarding abortion. But, to merely articulate such a position is not enough.

Some time ago I found myself on the fringes of a group of Catholics discussing the impending birth of a baby to a teenage girl. I detected just the faintest whiff of scandal in the air – nothing said, but plenty implied. I quipped: “Isn’t that great.” Faces turned, eyes probing. “Isn’t it great that she is keeping the baby? Most girls and their families would have organised an abortion.”

These days, any single mother who decides to keep her baby is a heroine … even a saint. Ironically, for those who identify as Catholic, greater courage may be required if they find themselves fighting not only a prevailing negative cultural attitude but, sadly, the critical judgements of the very community that should provide unquestioning, unconditional support. These judgements are no less damaging for being non-verbal. Consider the story of Katrina who, at 19, found herself unexpectedly pregnant:

“To say this news was unexpected would be an understatement. I went into shock … Mark cried ... To us, this was a disaster. Everything we had planned, everything we were working towards was shattered ... We knew our parents would be severely disappointed and that mine might actually disown me. We were both from religious families and most of our friends were religious – WE were religious. We felt that all our friends were likely to judge or even not be our friends anymore. We didn’t know what to do. Keeping the baby would mean potential ostracism from our friends and Church community. Not having the baby would mean going through with a termination, but escaping all the shame and our lives trotting on as planned ...”[3]

As Catholics we need to honestly ask: ‘How many young single Catholic women and their partners and/or families would feel like Katrina did about her faith community – whether parish or school?’ John Paul II writes in Evangelium Vitae: “As well as the mother, there are often other people too who decide upon the death of the child in the womb.” (n. 59) Many Catholics have probably never considered that our parishes and/or schools may well fall under that category.

The rhetoric that characterises Catholic teaching about abortion is unequivocal.  But Donum Vitae also teaches that every child is a gift of God no matter the manner in which its conception is achieved (Part II,B,5). It is not enough to be committed to only half the message! Critically, what we believe needs to be translated into attitudes and actions that are consistent with the divine origins of the gift of life. Every new life is to be rejoiced over and celebrated. As the Scriptures note, we will ultimately be known by the fruits of our actions (Mt 7:16) rather than the purity of our teaching. On that score, I suggest, we still have a way to go.

John Kleinsman is director of The Nathaniel Centre